Listening to Xanax meditates on the idea of anxiety as both a psychological state and a general social condition, with works in the show concerned with the spectrum of our symbiosis with machines. This is approached from a position of paranoid, helpless awareness; a knowingness that our lives have become so entangled with technology in a way that we are not yet psychologically equipped to deal with. Technology, as means of communication, is a prosthetic extension necessitated by modern life that would leave a (phantom) void if removed. This very reliance leaves us susceptible, and therefore anxious. This anxiety has been co-opted by the technocracy, acknowledged as symptomatic of a human interface with the digital, and normalised. It is normal for celebrities now to speak of their problems with anxiety. Katy Perry has anxiety.

Advertising, and more broadly hyper-capitalism, has played a large part in carving out a society where we are told we are important as individuals but also placing huge emphasis on status, appearance and success. Social media and communications technology allows the population to perpetuate these values through their own networks, thus enforcing ideals that have been created to sell products as a socially acceptable position. The popular phrase of FOMO has fear and anxiety at its core, but even this phrase was co-created by venture capitalist Patrick J. McGinnis and marketing strategist Dan Herman. As people are bombarded with the self-publicity of friends, co-workers and those who they’ve never met, they are unwittingly fuelling mechanisms that do not care about people. Social media platforms are designed to encourage near-constant interaction, conditioning your brain to anticipate the next notification, the next little reward.

In the eponymously titled Listening to Xanax, two robots manoeuvre around the boundaries of their allocated space, unsure of their direction and always under threat of potential failure. The robotic movements of back and forth is used as a cybernetic link in to the inhaling and exhaling of human breathing. Whirring motors of the robots bleed into this sampled audio of a common countermeasure for reducing anxiety, creating an amalgamated soundscape mixed into other calming sounds of nature. This dichotomy of the natural and the robotic is symbolic of the synergy needed to get two autonomous entities working in harmony. As the robots try to control their own environment, they can also be seen as being controlled by their environment; both symptoms of an anxious condition.

This relationship manifests in several other print works that present unnatural, holographic surfaces covered with handmade marks. This covering, masking and reworking that suggests a terminal dissatisfaction with the present, symptomatic of conditions that necessitate continual change. Again, this process is driven by anxiety, as a way of undermining the otherwise perfect, shiny surfaces of the works. We are now conditioned to expect hyper-stimulation as the normative state isn't sufficient, the current must always be a natural state of flux.  How important is the natural in this new age? A recent survey suggests that 53% of Millenials would rather lose their ability to smell than their smartphones and computers. After all, what use is a sense of smell in the technosphere? Adolescents who are more invested in smartphones and social media have been found to suffer from higher rates of anxiety and depression, lower self esteem and a lower quality of sleep. The techno-anxiety is impossible to turn off. 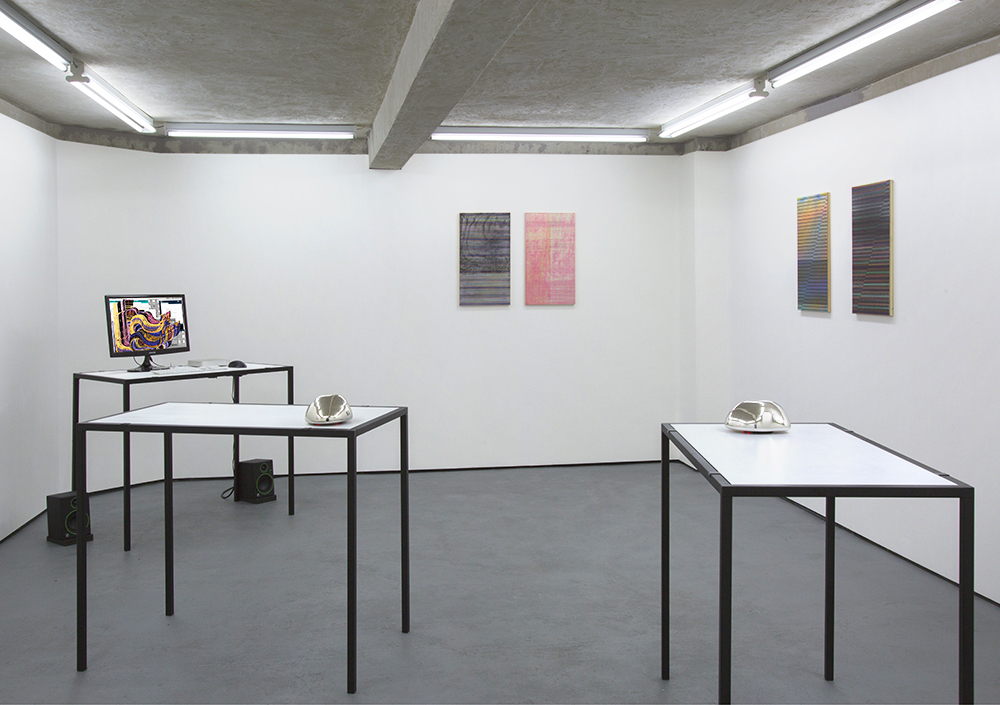 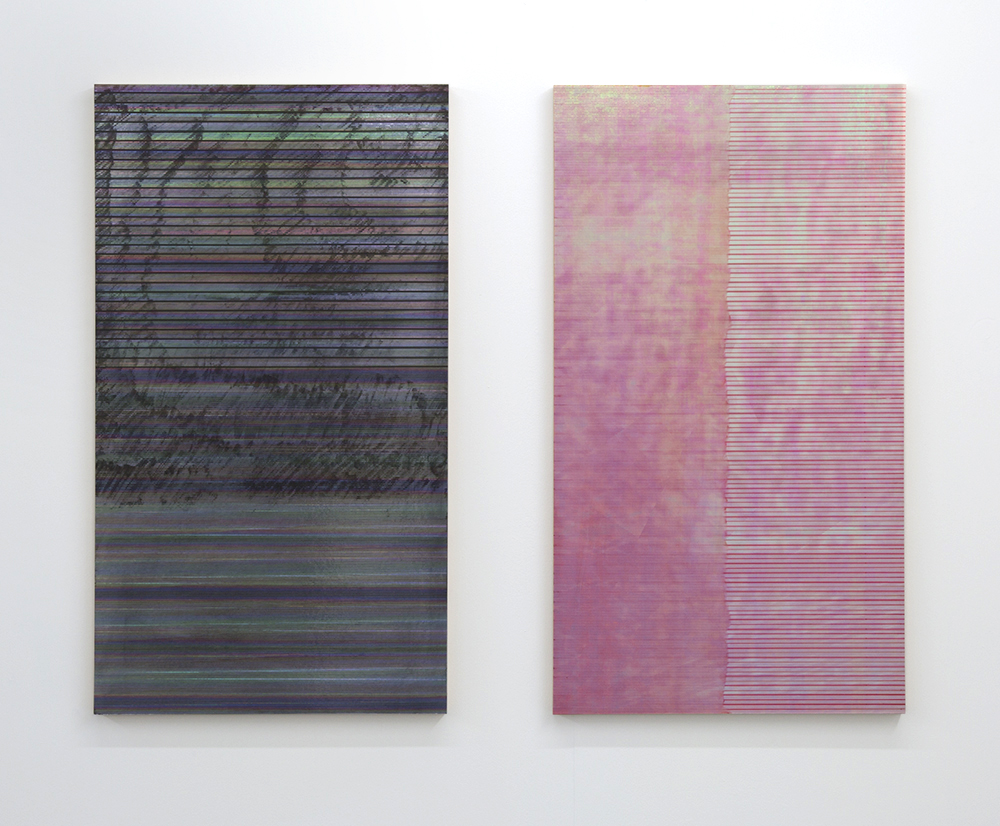 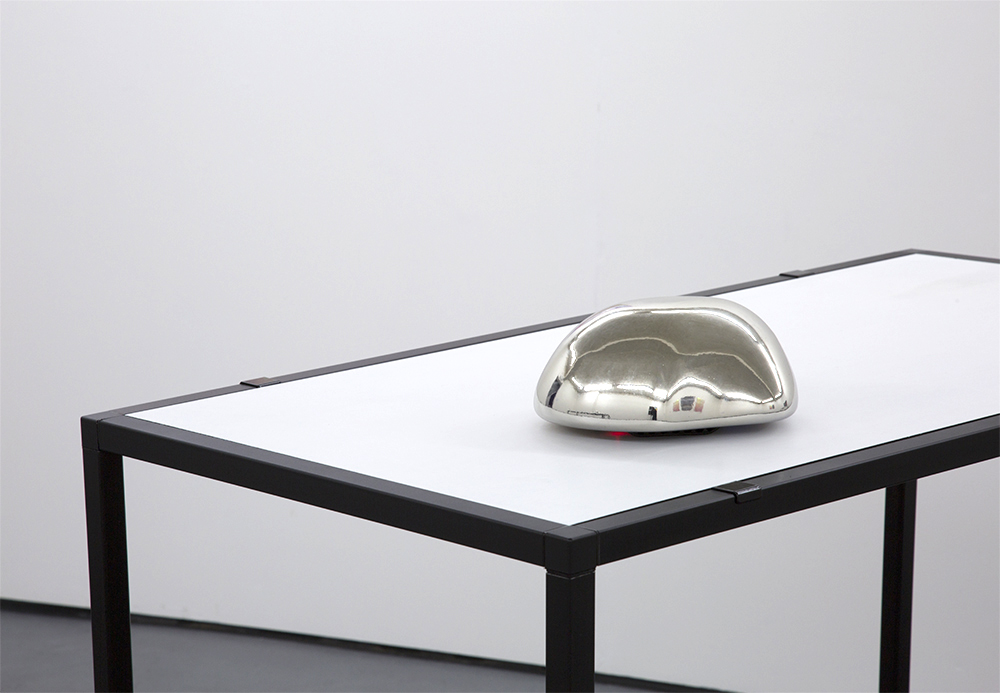 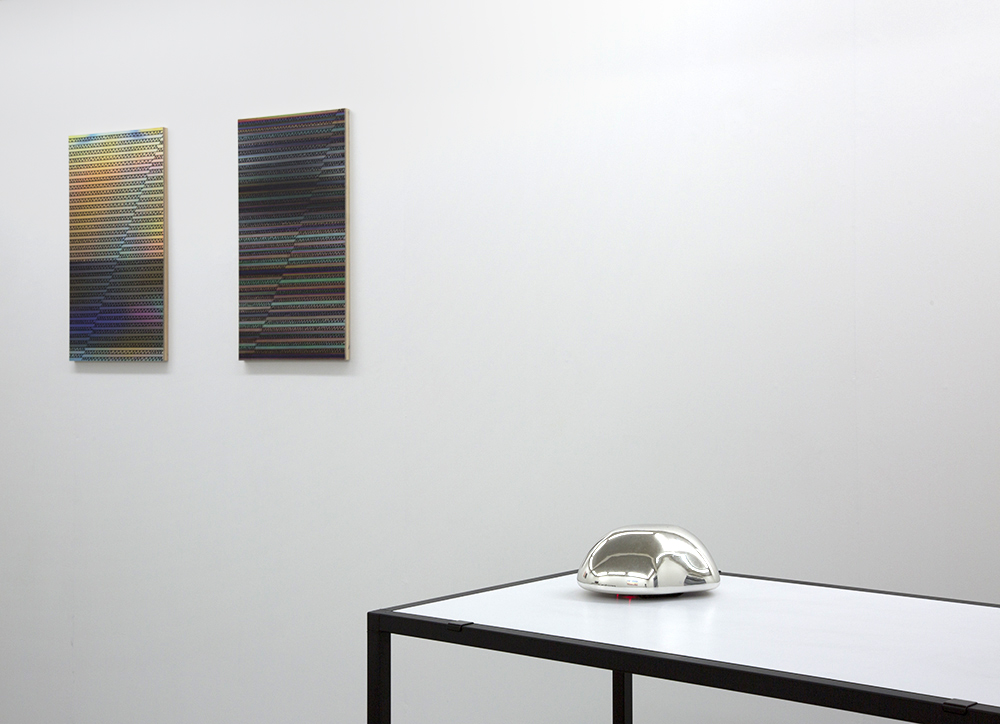 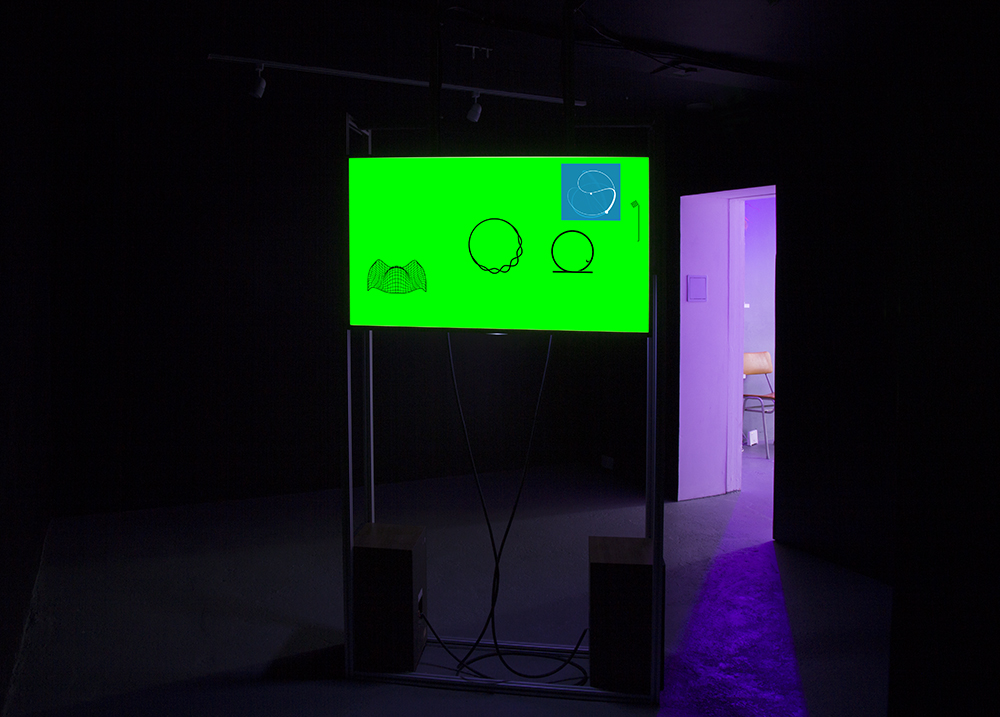 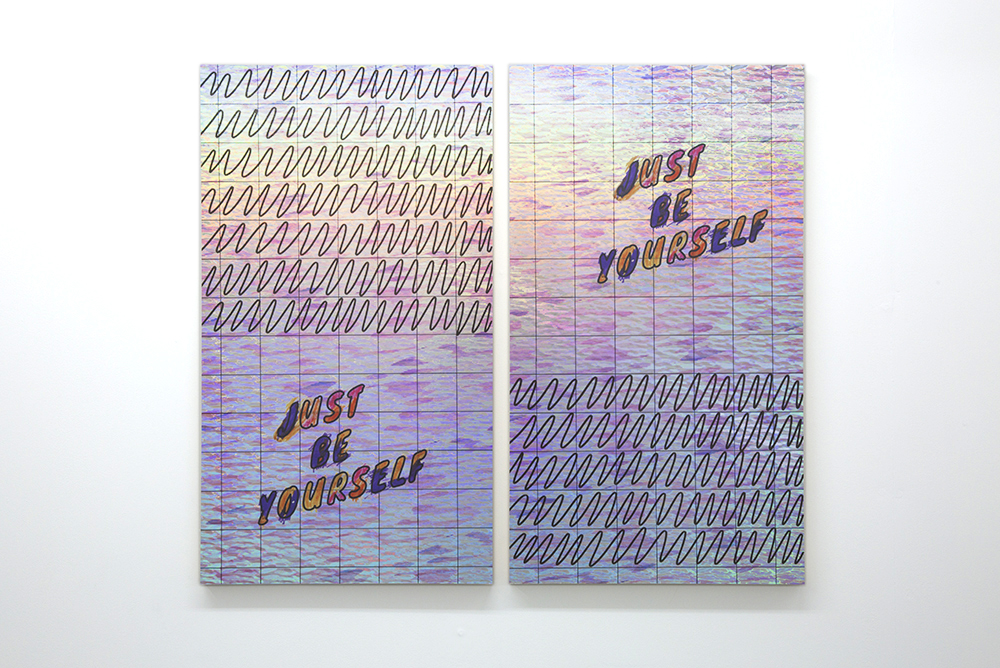 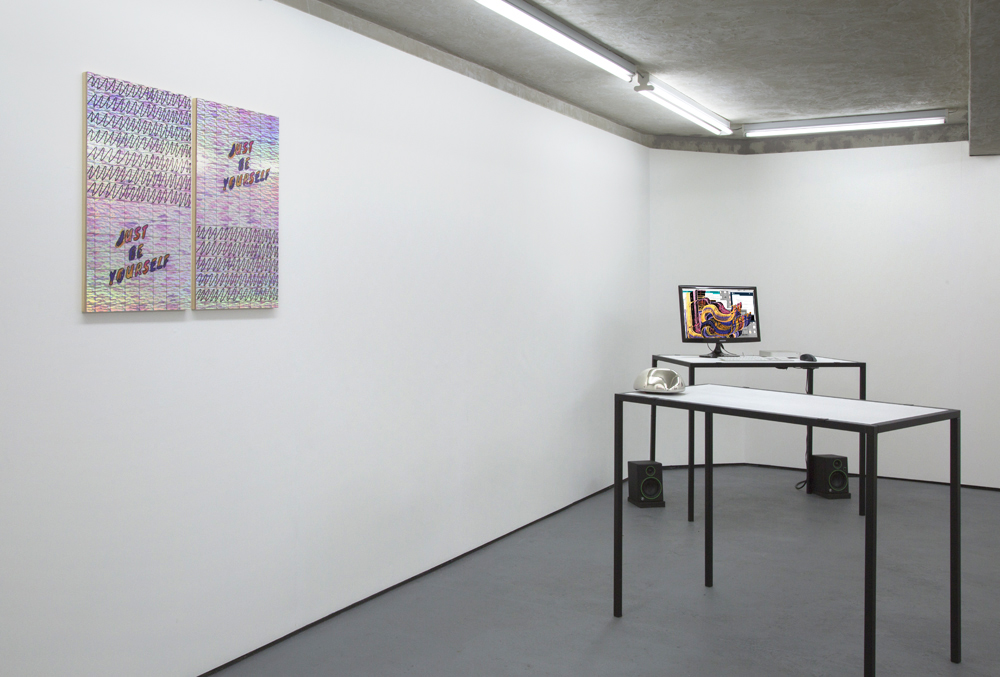 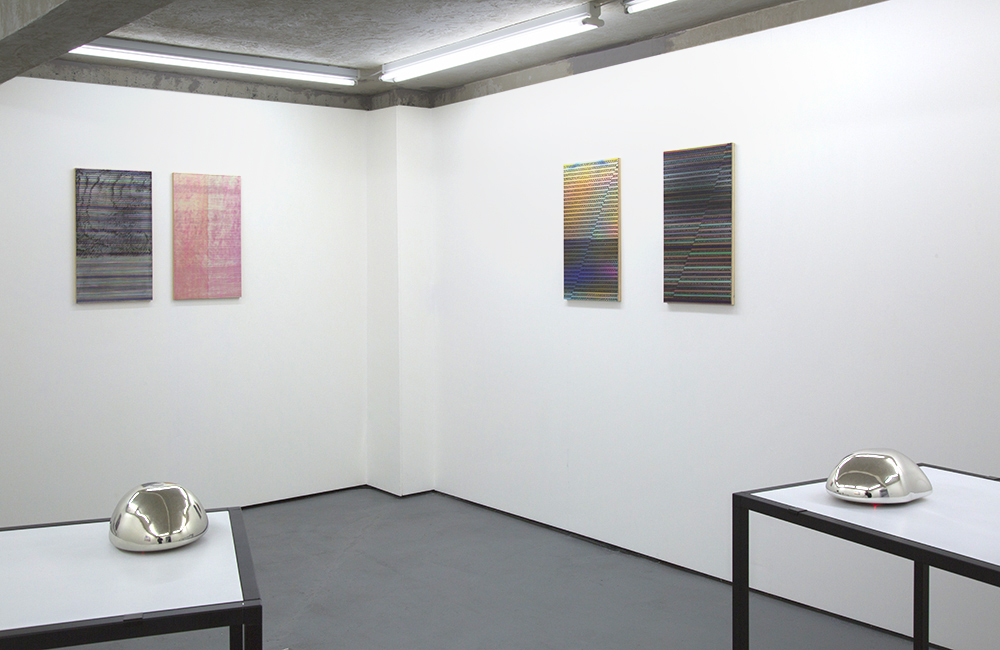 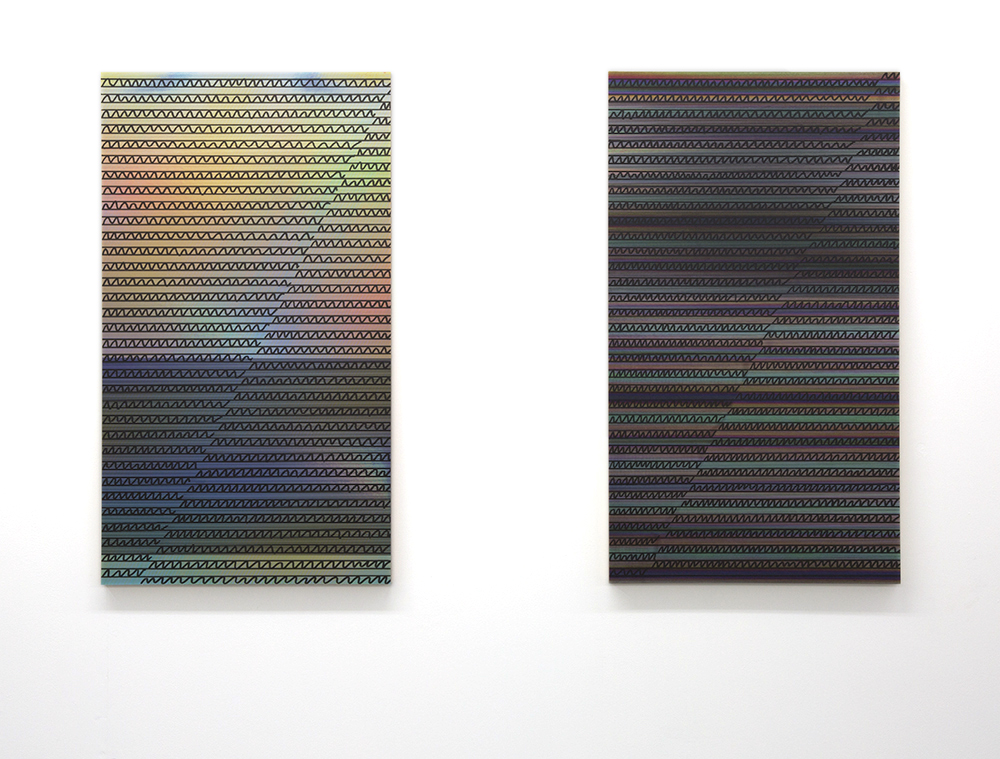 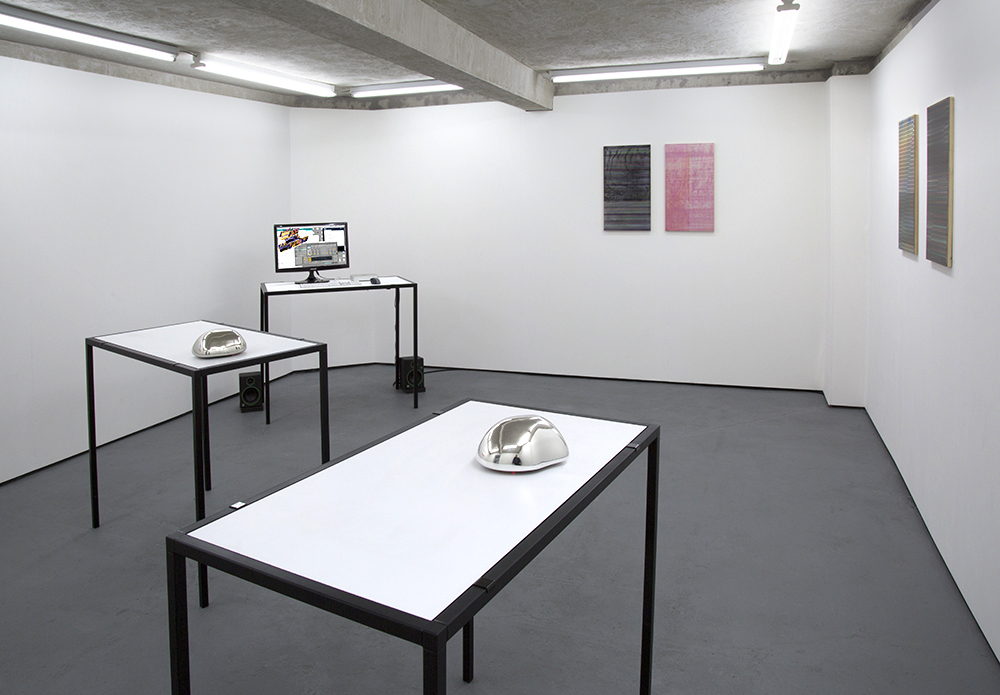