Life distorts itself through contact with technology, infusing bytes of memory with the memory of the flesh. The subjective subconscious and spirituality of all is translated into a new consciousness, passed over into an unknown realm once only inhabited by deities. This entangled ownership is embedded in a new polythesistic memory, gaining agency through its own scripts, written by unknown followers lost in the passage of time. Ina Blom theorizes in her book The Autobiography of Video about the idea that technology has manifested memory through video and moving images, installed into its own subconscious through temporal and technological osmosis. This video memory is durational and cyclical, a machine just keeps going but never ages between tension and rest. This new portal of memory is summoned, our subconscious bleeds into it, allowing the duplication of personalities into a new spirit.

Our online spirits are held in eternity by the new gods of data harvesting, subjecting our ghosts everlasting unrest. The haunting of the spiritual and psychological states of human life through a lens of an unageing loneliness, the idol of the avatar performing new polytheistic rituals in a bid for release from the sky. The crepuscular rays shine down through the cloud, they cast undefinable shadows within a digital dimension, always visible, always present. As we negotiate our way around an ever expanding digital space, we cast our gaze to witness the shadows of ourselves distorting as they pass over the contours of this networked infrastructure. The shadows are many, but they all stand alone, a collective consciousness awakened through connection to a psychic imaginary, this spirit knows no nature, but only unbridled power. A new unknown puppet master?

A common and recurring feature of data transfer is loss or packet loss, with unresolved losses resulting in corruption and emptied space. This loss of information embodies the spirit of the living, lost through the transfer of worlds from the natural to the digital. This transfer offers a new performative state in which marginalized and dispersed bodies can reinvent new methods of reconfiguring ownership and autonomy. This becomes a sensorium injection to the enigma of a virtual self, reforming a cycle of loss through the prism of already lived realities. The rebuilding of a new self is central to Laboria Cuboniks’ Xenofeminism project in which the dismantling of gender, the destruction of all objectification and defying of political ideals will result in one’s outer membrane and projection becoming fluid. A new techno-spiritual age of calibrated interconnectedness, ethereal e-spirit communication casts the projected identities of the new digital enigmas through network enabled posthuman transcendence.

Regeneration is written into the the new hardware and updates of the digital, it is the reincarnation hidden between the avatar and our digital space. This new liminal mysticism regenerates dispossessed bodies destroyed by biological dispersion as an incarnation of the old and new. Katherine Hayles’ How We Become Post Human addresses this interlinking between the old and the new; “in the history of cybernetics, skeuomorphs acted as threshold devices, smoothing the transition between one conceptual constellation and another.” The skeuomorph reveals the paradox of inner pedagogic structures and bleeds into a genealogy of self fulfilling hyper realities that can be combated with bringing something into new existence. It is evident that our consciousness is now formed from an awareness of the virtual self becoming a mirror to a omnipresent epigenetic video memory and the new digital spirit. Unexplored cultural practices are performed as methods of experiencing the divine within digitally produced feminist mythologies, ones that chase unborn shadows, reimagining an existence we are yet to meet. 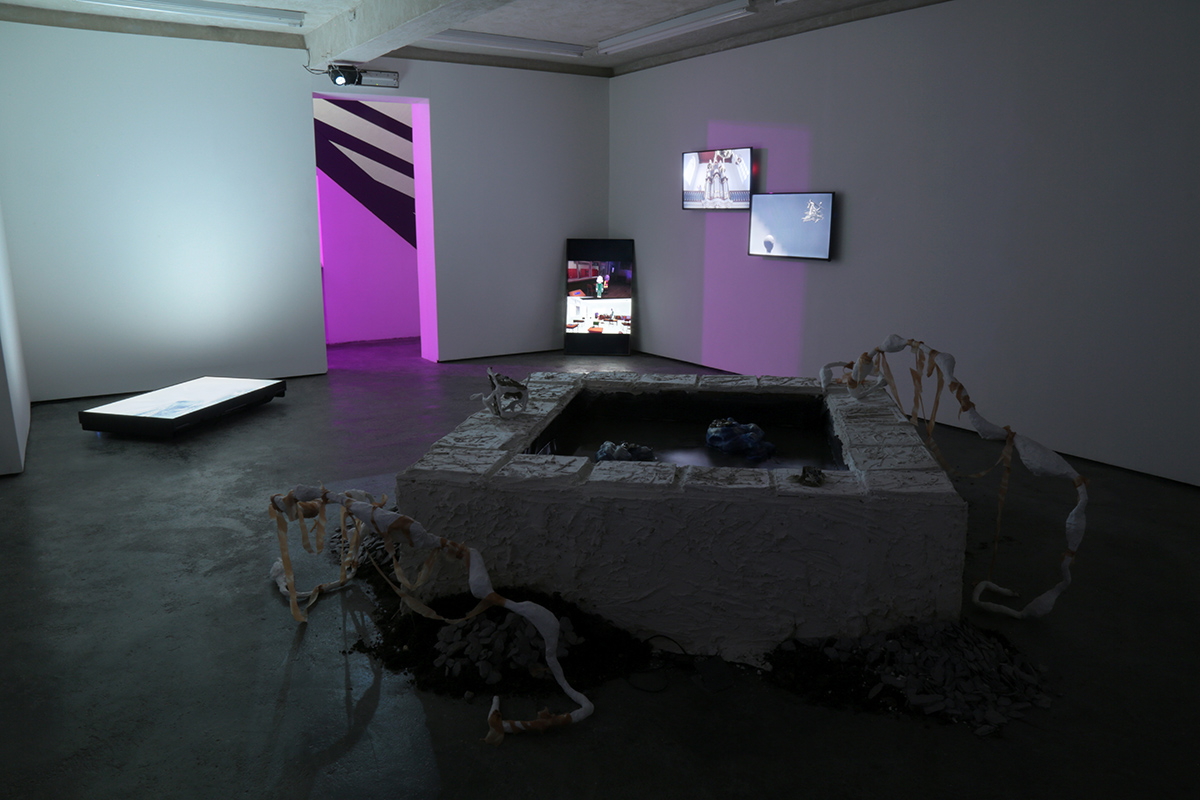 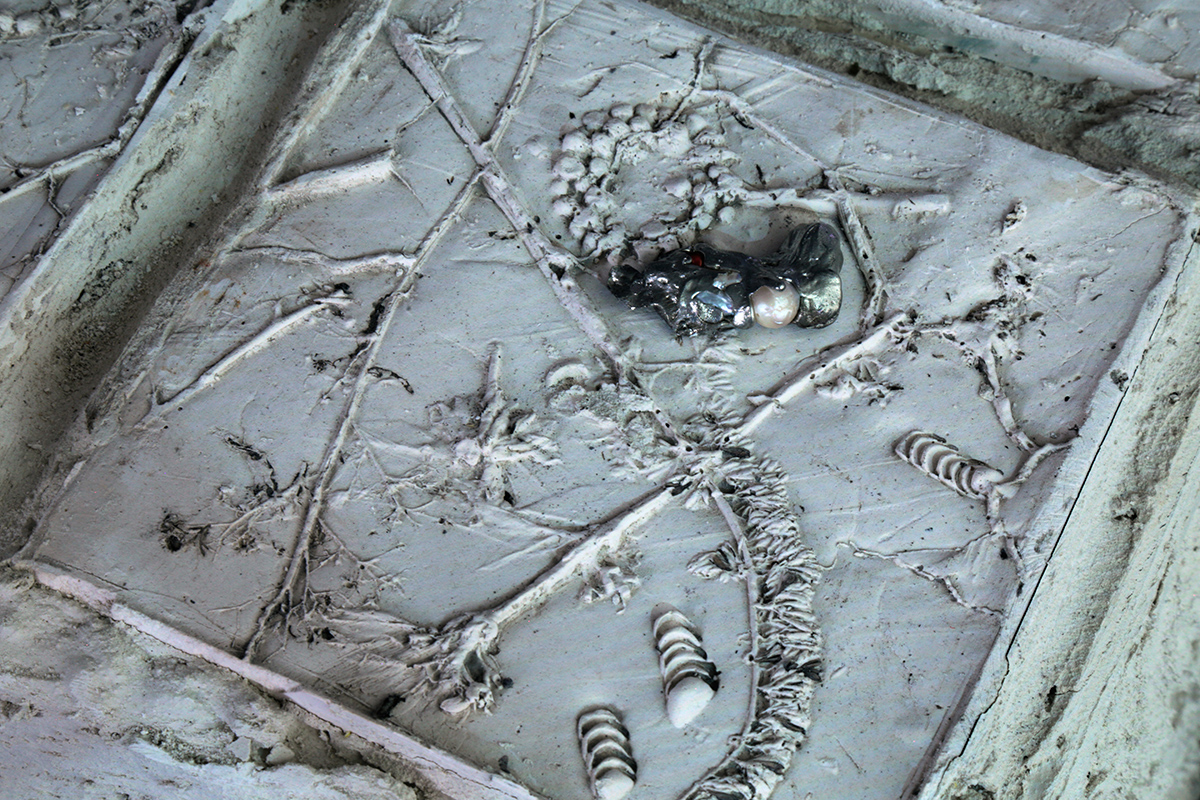 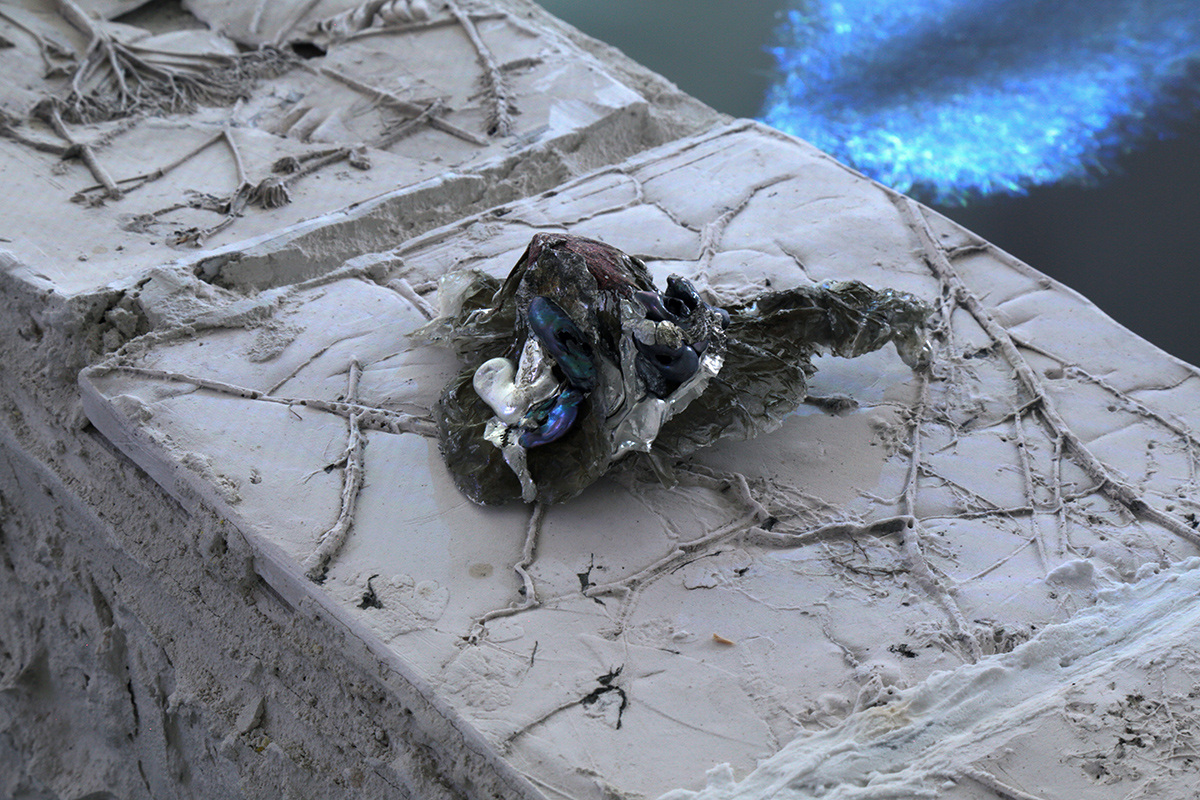 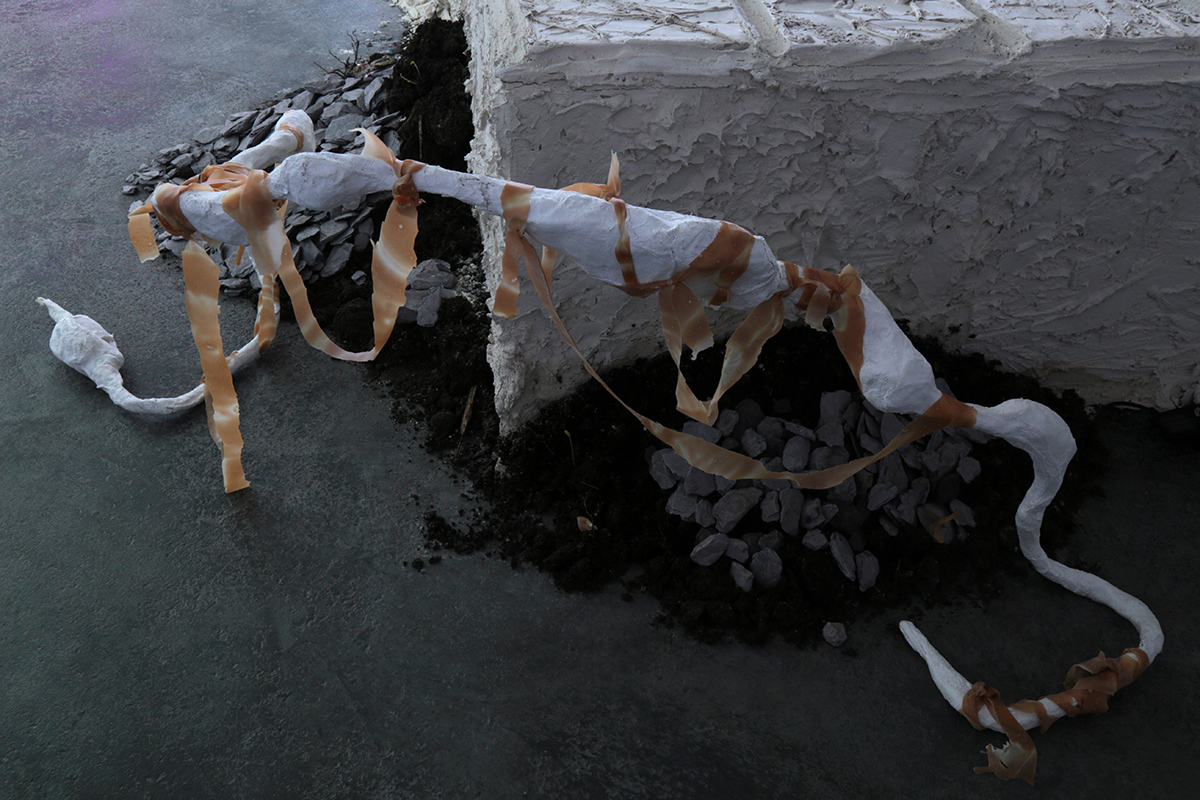 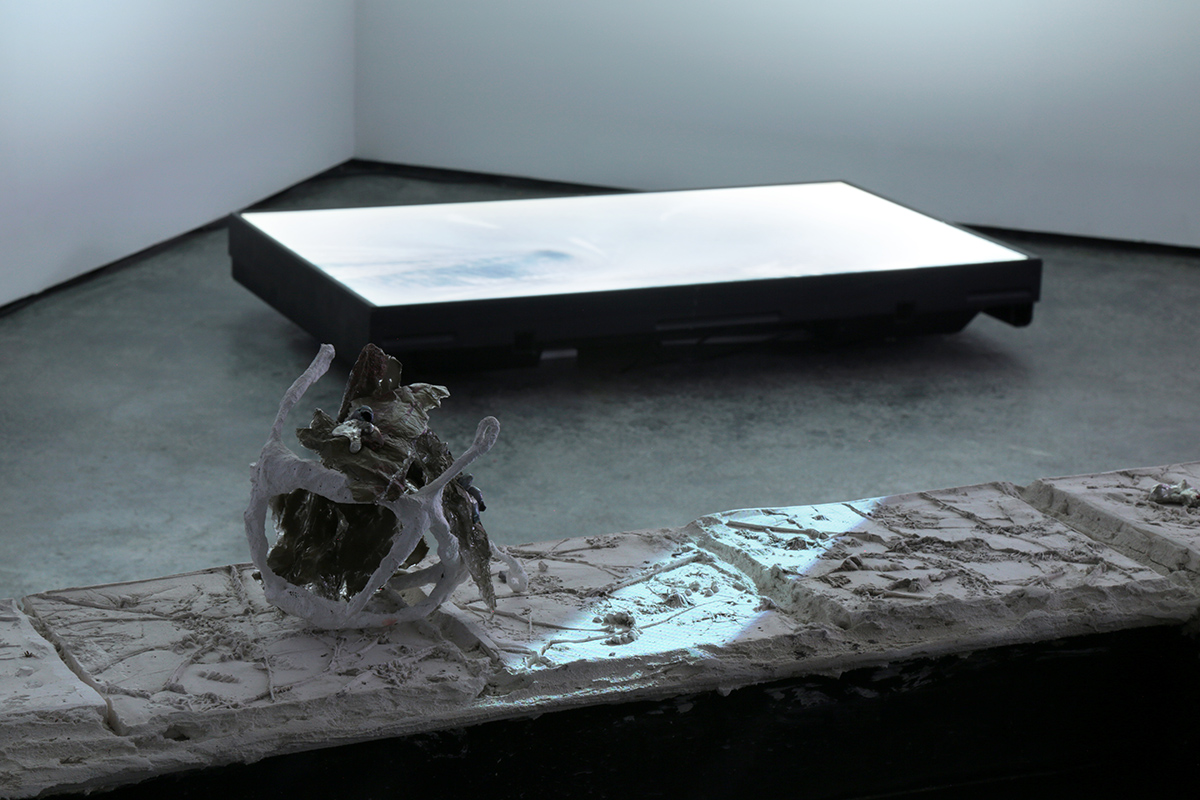 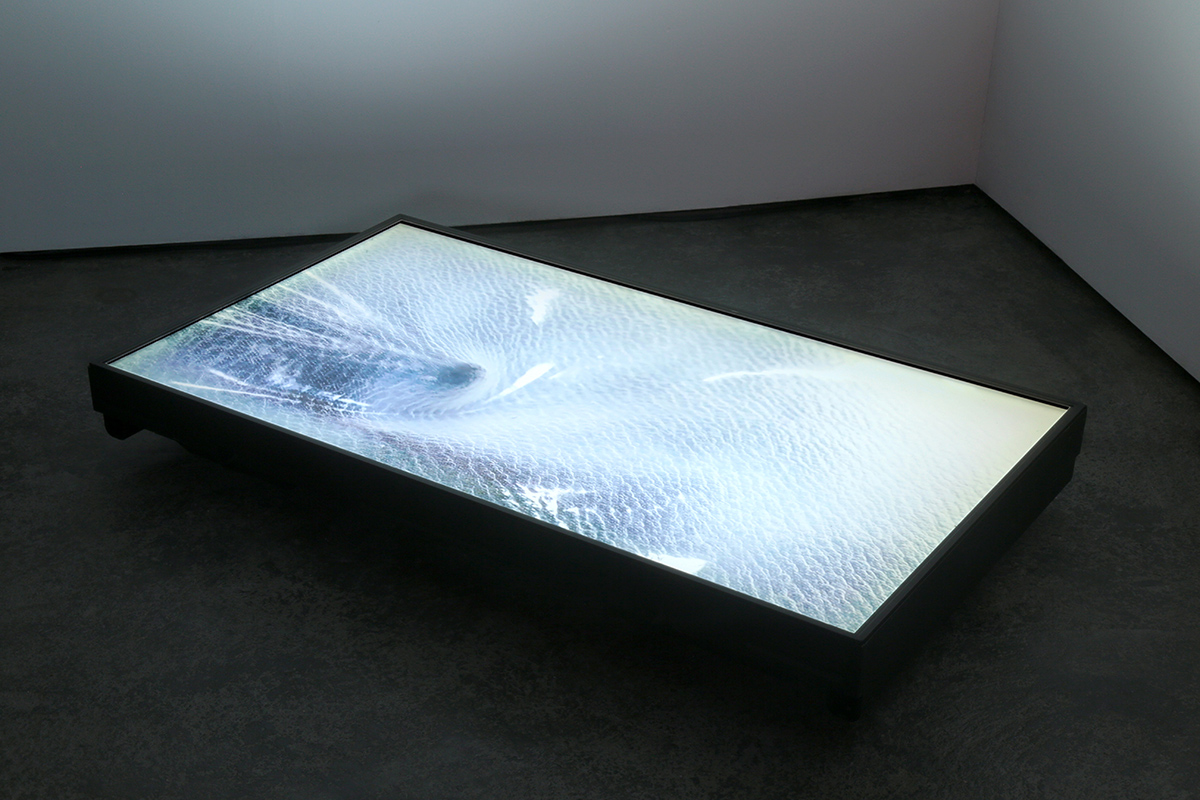 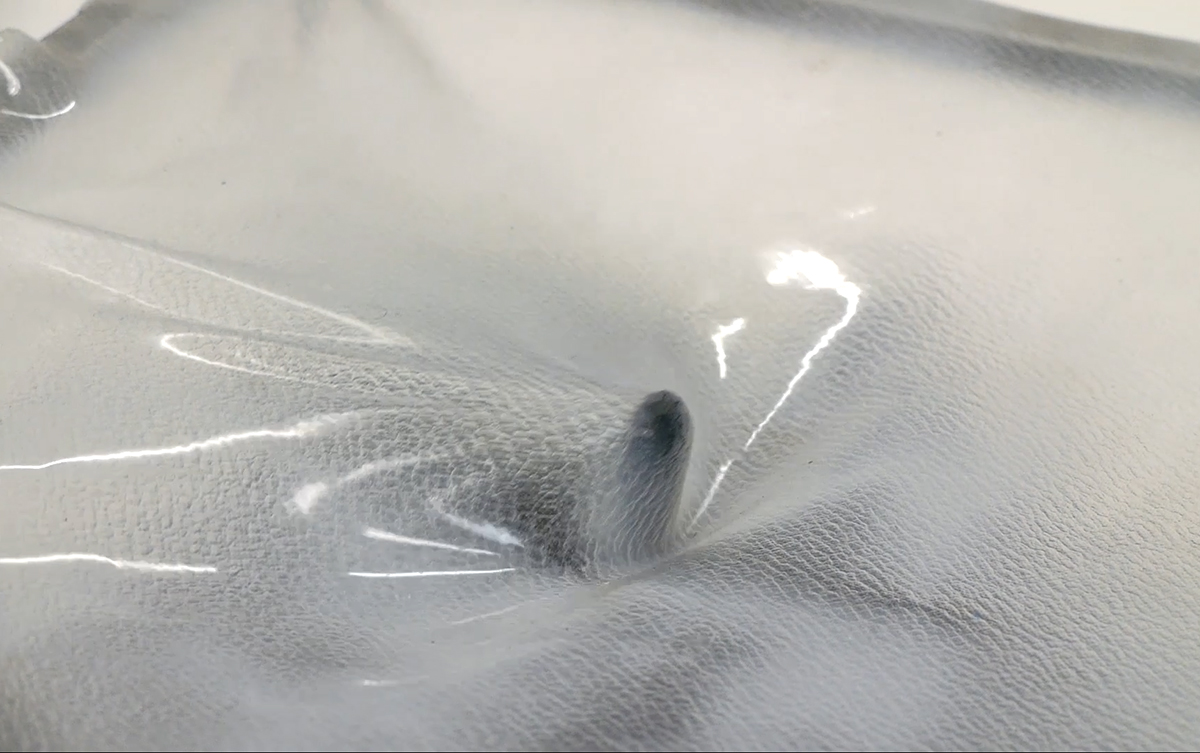 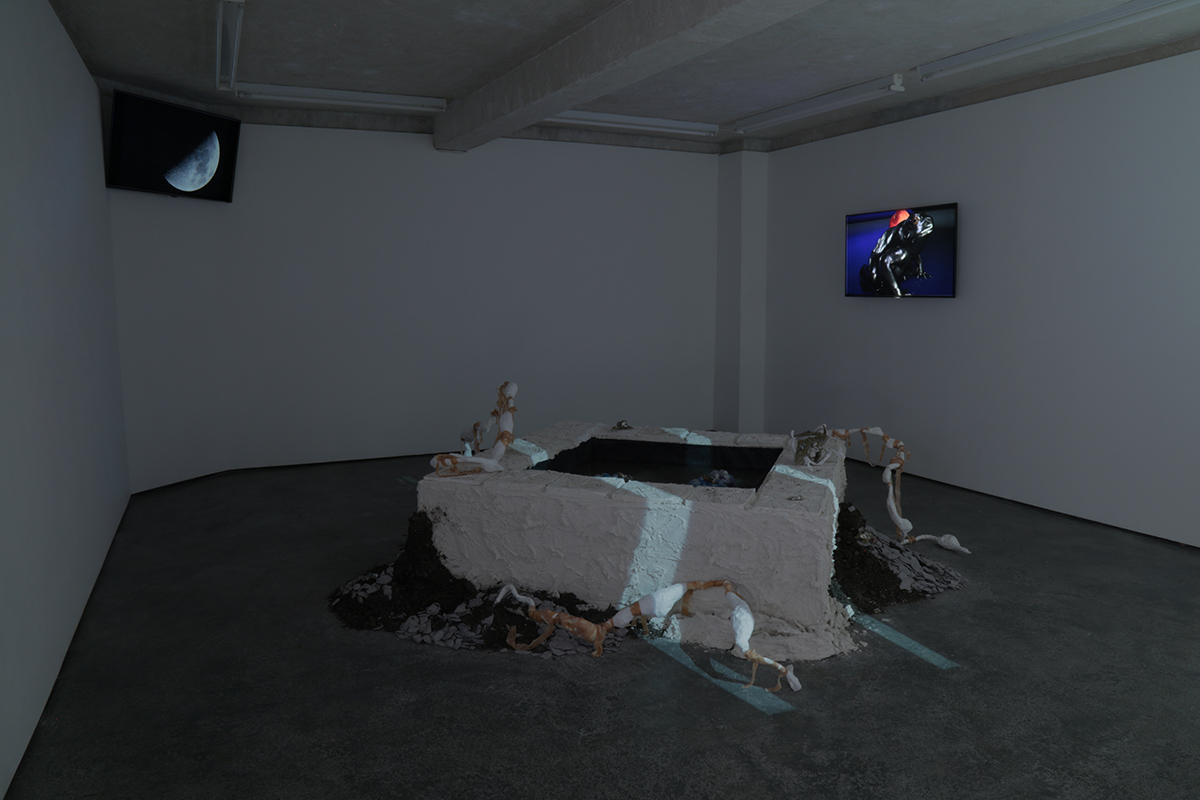 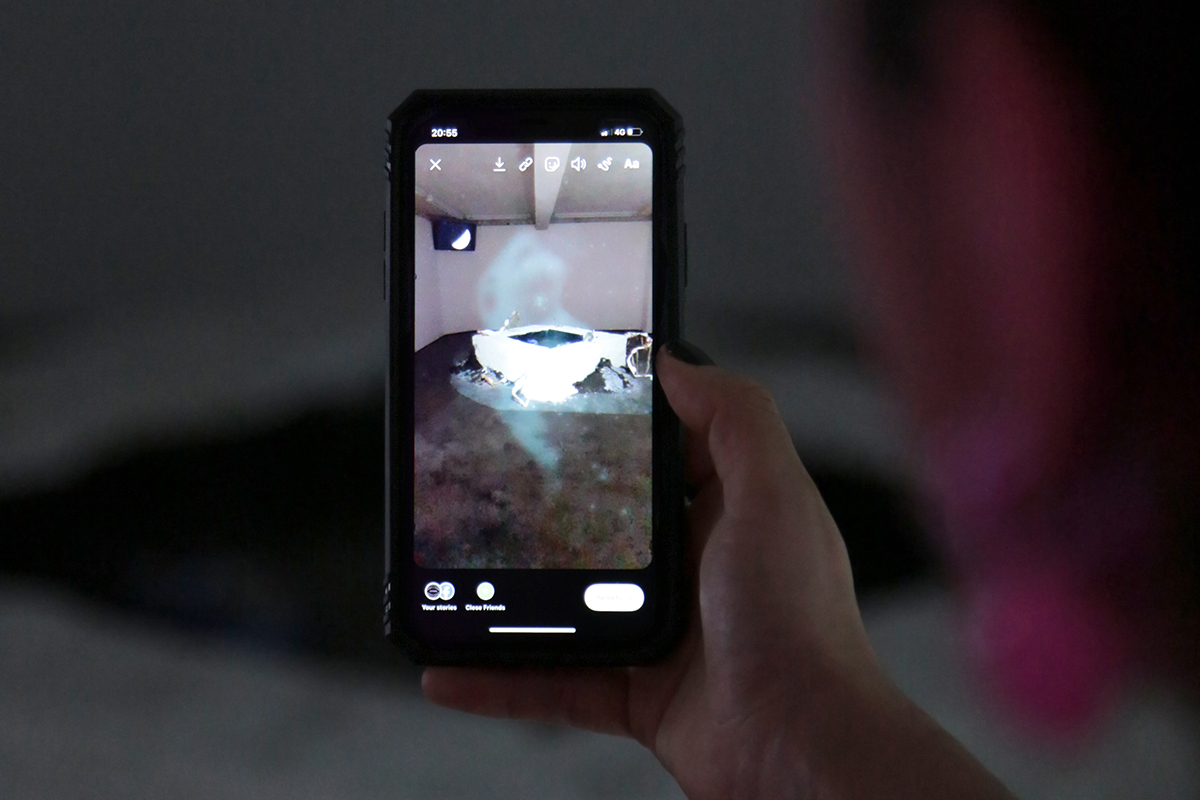 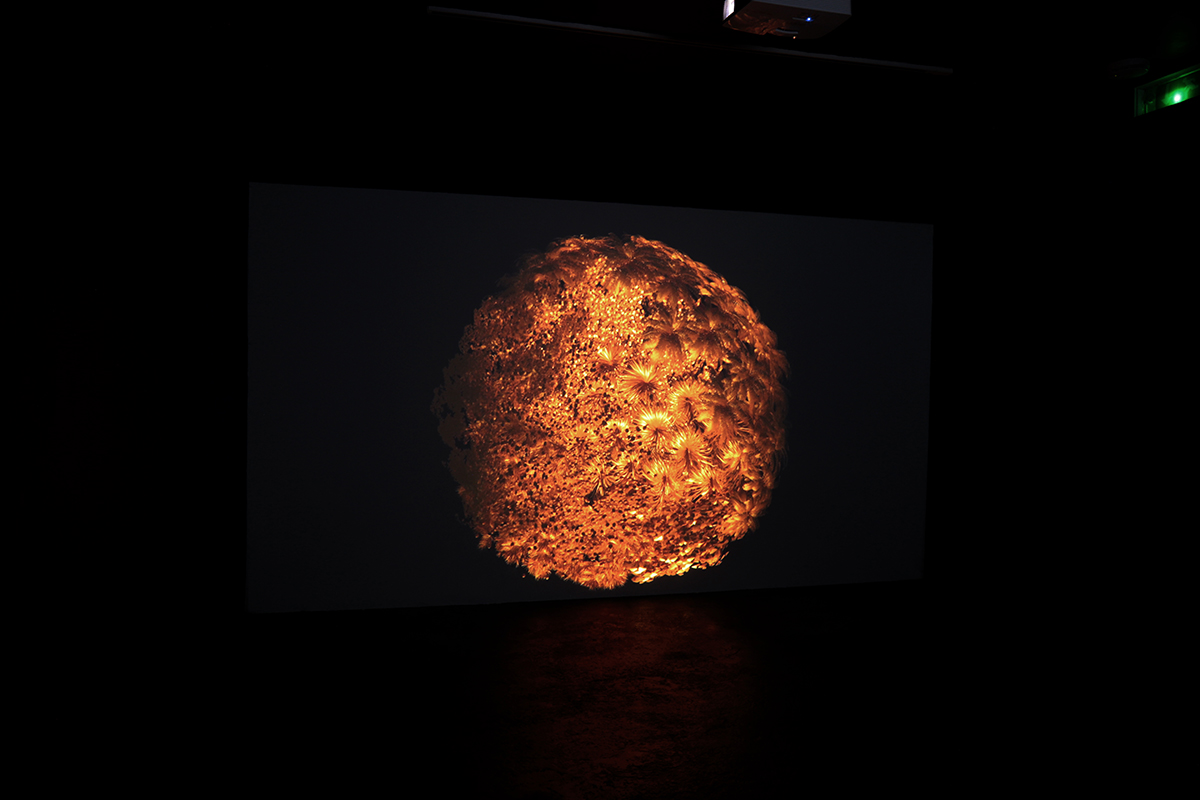 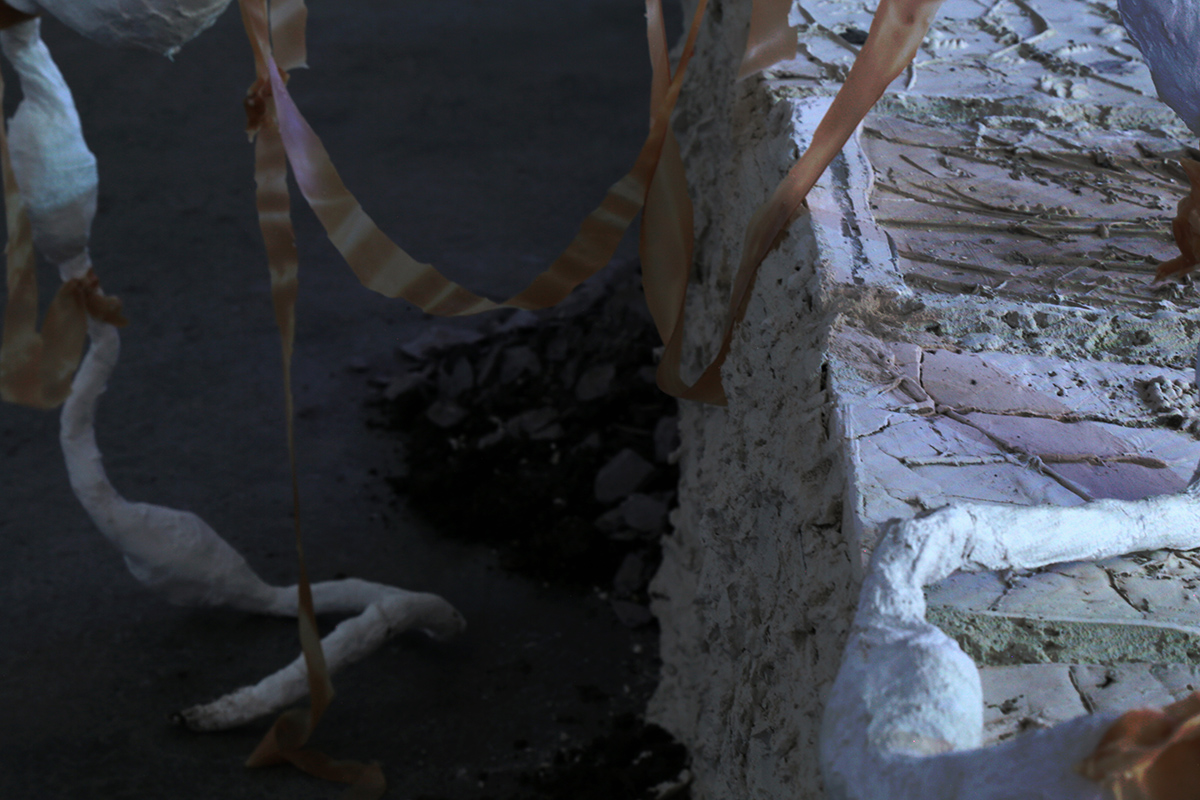 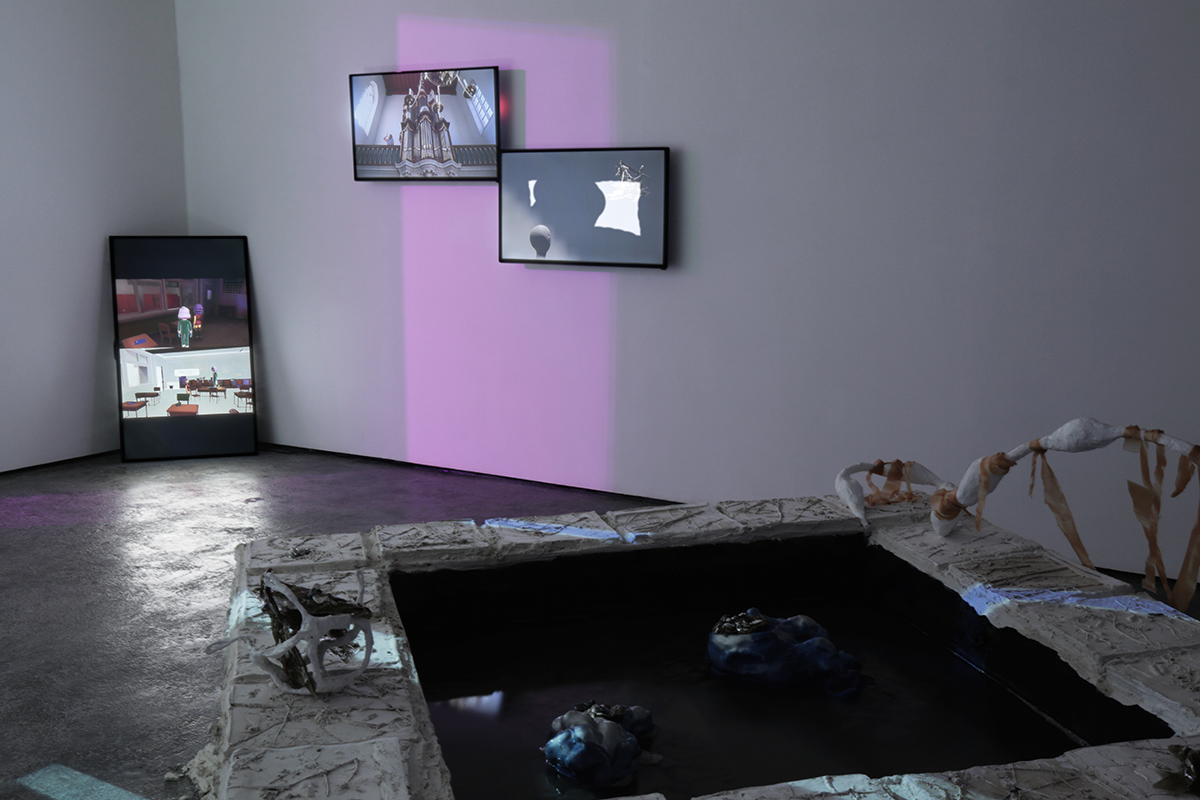 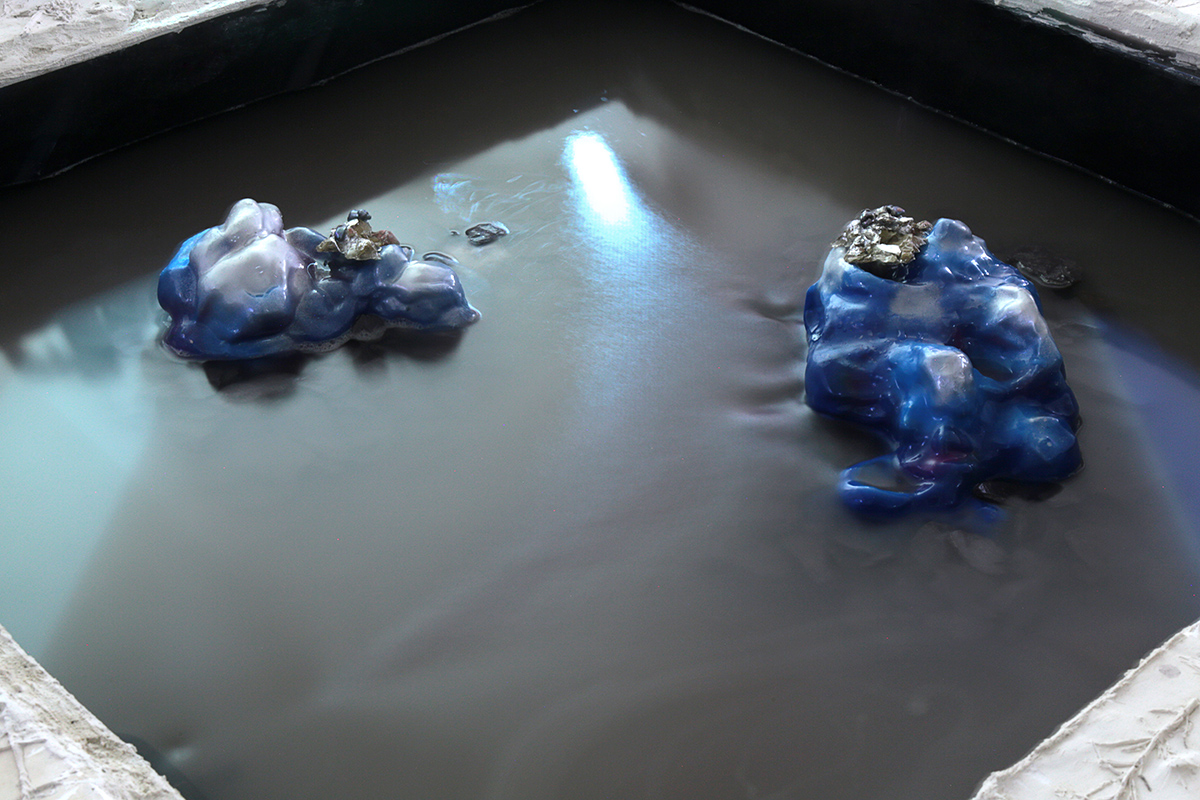 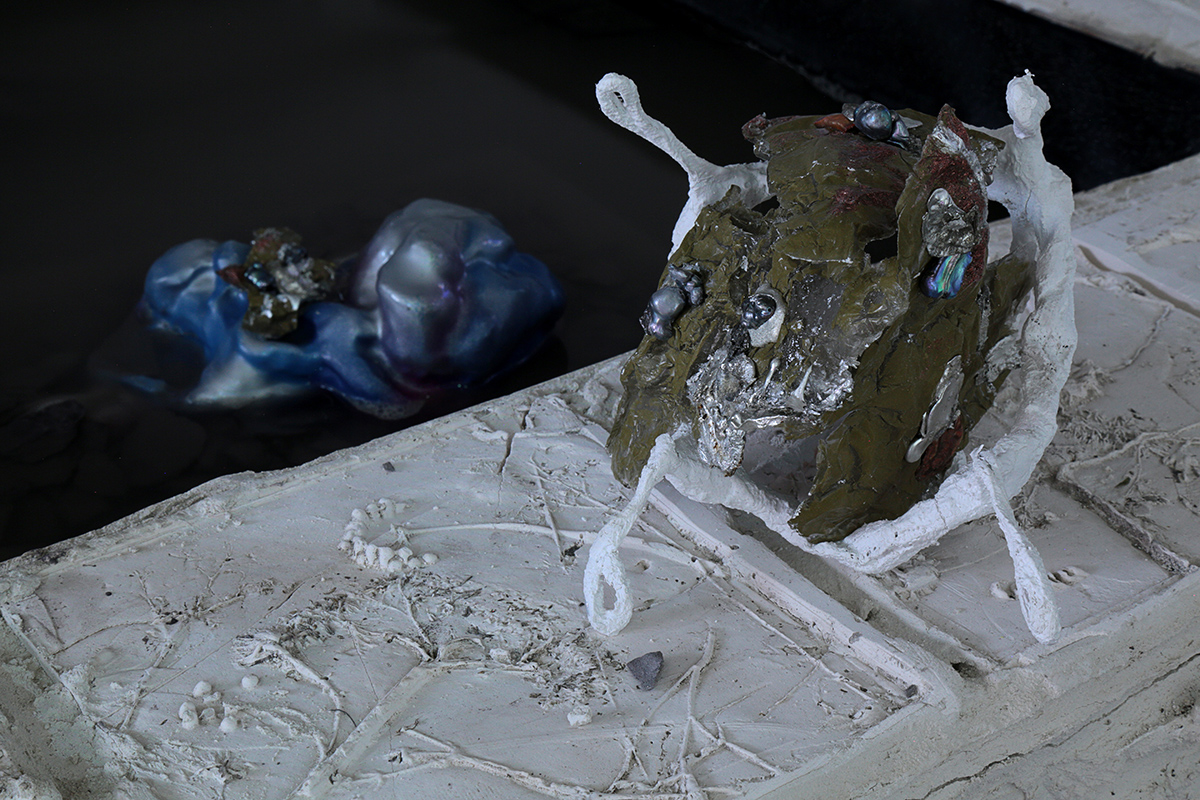 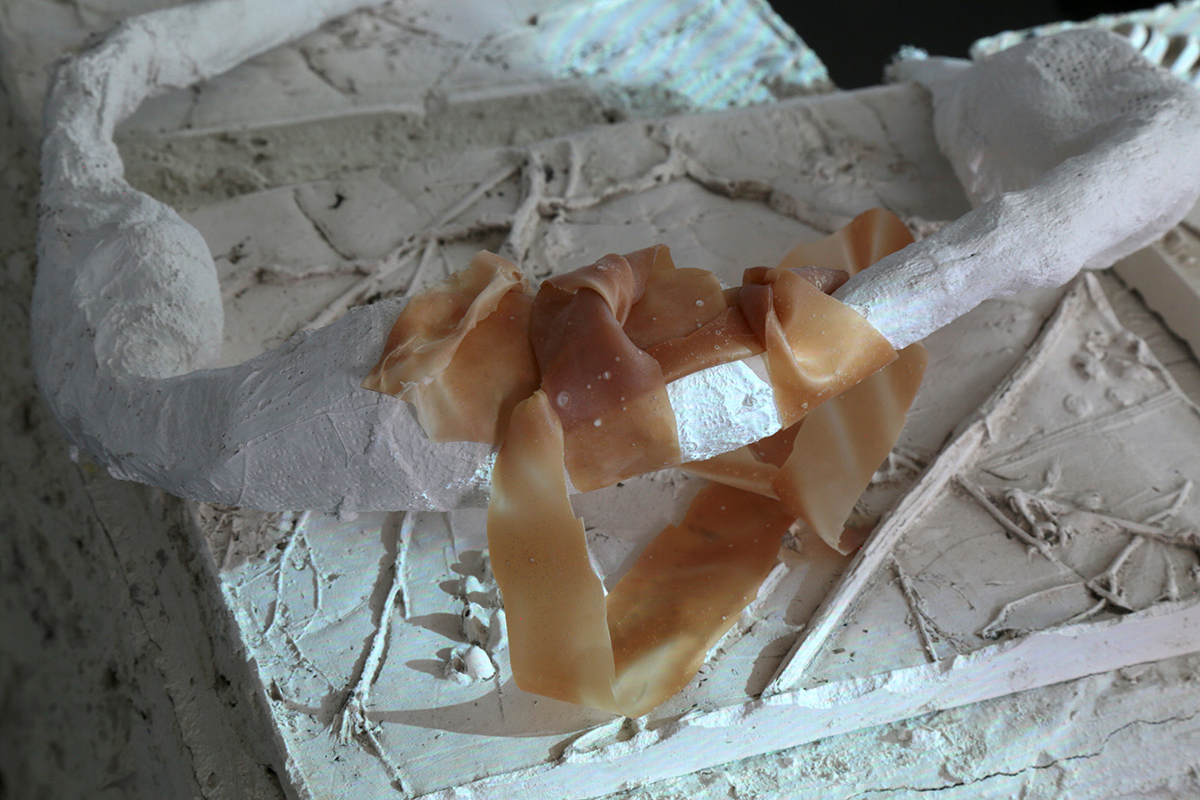 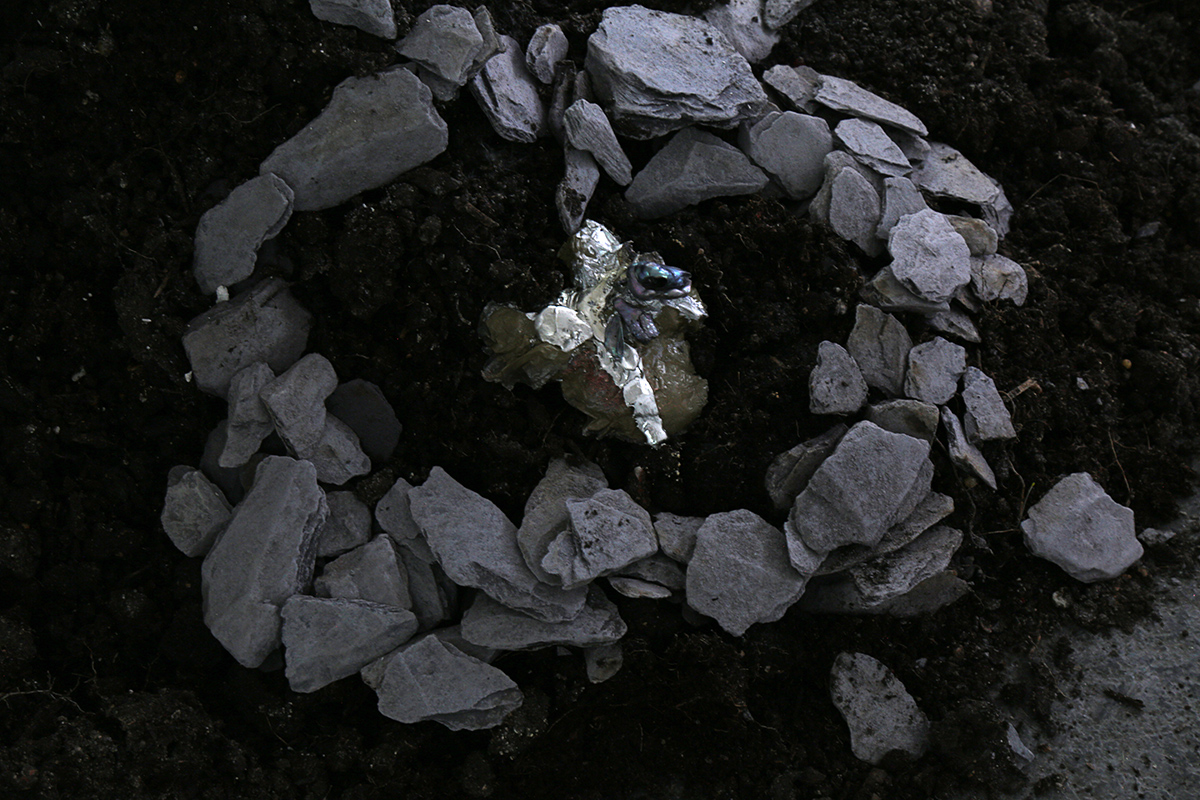